Smallmouth Bass can be caught from June through November, but Bronzebacks are the river's "Summer Fish". In early summer, look for smallmouths along mainland points, island shorelines, rocky areas, and large flats. As summer progresses these fish congregate near deep-water points, island drop offs, and mid-river shoals. Casting artificial lures such as spinners, minnow-imitation plugs, surface baits, and tipped jigs works well in early season. When fish leave spawning areas and move to deeper water, live bait (minnows or crayfish) and tipped jigs work well. Some anglers drift through areas while others anchor on key spots. Either way, the secret is to move from spot to spot until active fish are located. Trolling diving plugs is an effective technique throughout summer and fall. Smallmouth abound throughout the river system, and among the more popular locations are the islands at Chippewa Bay, American and Old Man Islands at Morristown, Galop Island at Ogdensburg, Ogden Island at Waddington, and Wilson Hill, Croil, and Long Sault islands at Massena.

Smallmouth bass are one of New York State's most important gamefish. They are famous for their fighting ability when hooked and have the reputation for being, inch-for-inch, the best sporting fish around.

Smallmouths are probably the most cold water adapted species of sunfish. They prefer cool, clear water areas of lakes and flowing streams with a gravelly or rocky bottom and moderate vegetation. Adult smallmouths are usually found near the protection of rocks or near submerged logs.

Smallmouth bass closely resemble their cousins, the largemouths, in appearance but can be identified by looking at their mouths and body color markings. The upper jaws of smallmouths do not reach beyond the rear edge of the eye, as do the largemouths, and there are a series of eight to 11 thin vertical dark bars on the smallmouth's sides, rather than the often pronounced dark horizontal stripe typical of largemouths.

Smallmouths are opportunistic predators, eating whatever live prey is available. The bulk of their diet consists of insects, crayfish, and other fish, but they will occasionally eat tadpoles and frogs. Early morning and evening are their most active feeding times.

Spawning takes place from late May to early July. Males usually build the nests on sandy, gravel, or rocky bottom areas near the protective cover of rocks, logs or dense vegetation. Unlike other members of the sunfish family, smallmouths usually build their nests many feet apart from each other.

Smallmouth bass may require more effort to catch than other sunfish, but it is worth it. When hooking a smallmouth, anglers are often rewarded with a series of leaps and runs that add to the excitement of the catch. Two effective methods for catching smallmouths are still fishing with crayfish, minnows or frogs, and casting live bait, spinners and plugs. 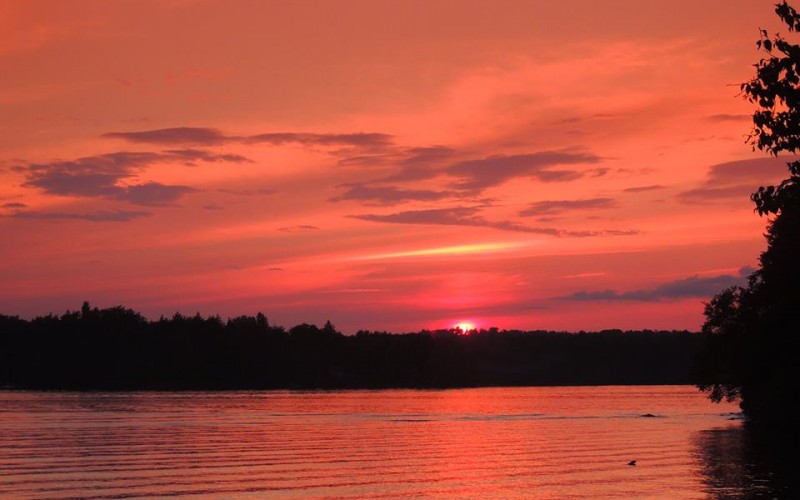 The Deer River originates in a neighboring county, but a portion of its water flows through St.... Read More 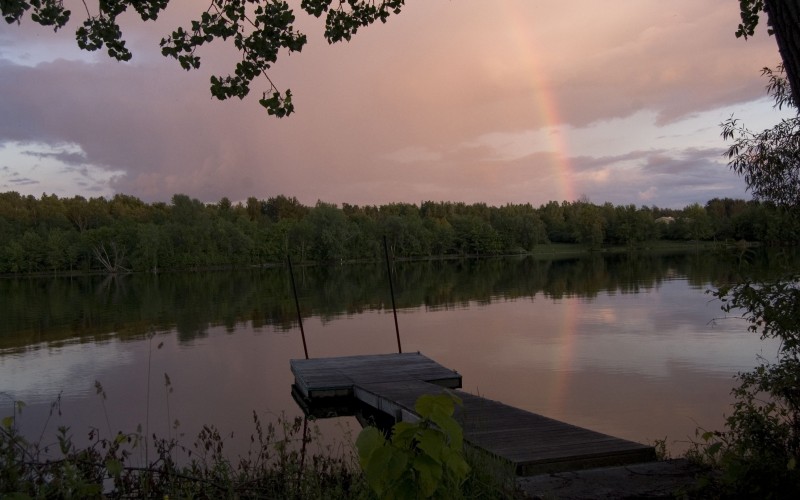 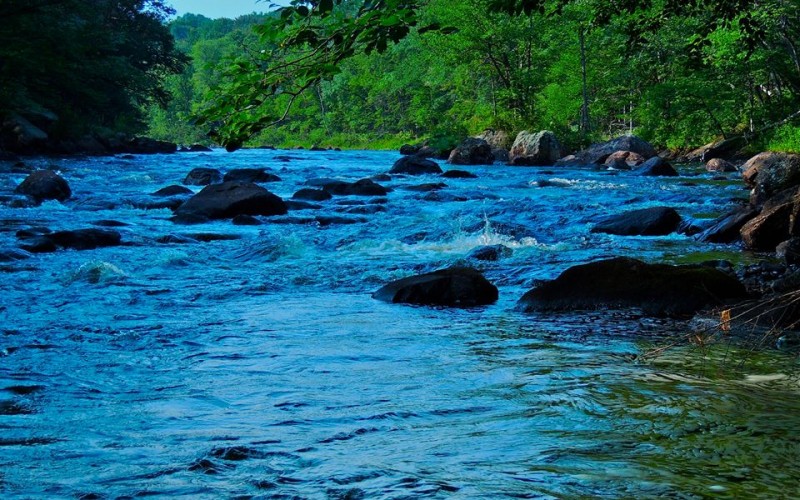