Because of cool water temperatures and significant current flows, the river’s habitat is better suited for smallmouth bass than it is for largemouth bass. Still, largemouths are present in the system, and they are generally an overlooked species. Bucketmouths can be found in the backwaters of most large bays. Traditional offerings such as the plastic worm, jig and pig, and surface baits work well. The early morning hours offer the best action during the summer, but autumn is the most productive time of the year for largemouths.

Largemouth bass are another major sportfish in New York State. While they are not the spectacular fighters their cousins the smallmouth are, largemouths can be just as challenging and exciting to land because of the habitat they prefer.

Largemouths thrive best in warm, shallow, well-vegetated areas of ponds and sluggish streams. They are rather solitary fish, preferring to stay among dense aquatic vegetation or close to submerged cover, such as stumps, logs, or dock pilings.

The largemouth bass is the largest member of the sunfish family and has been known to reach weights in excess of ten pounds. It closely resembles the smallmouth, but differs by its long upper jaw which extends well beyond the eye, and its pronounced wide, solid black lateral band. In addition, the largemouth is more of a dark green color than the smallmouth.

Largemouth bass are primarily fish-eating predators. They lie in wait in the cover of weeds and ambush prey as it swims by. Crayfish, frogs, and small animals, such as mice, are also eaten by this large sunfish.

Like smallmouths, largemouths are also late spring to midsummer spawners. Largemouth nests are less elaborate than smallmouth nests. Nests are built near protective cover in a variety of bottom types and are usually located far apart from each other.

Largemouth bass are a popular gamefish with New York anglers. They can be taken in weedy, stumpy areas by still fishing or casting with live bait or a wide variety of lures, including plastic worms and surface plugs. Since largemouths can thrive in small, warmer waters where other game species do not, they play an important role in fishery management by providing a highly desirable fishery in these waters. 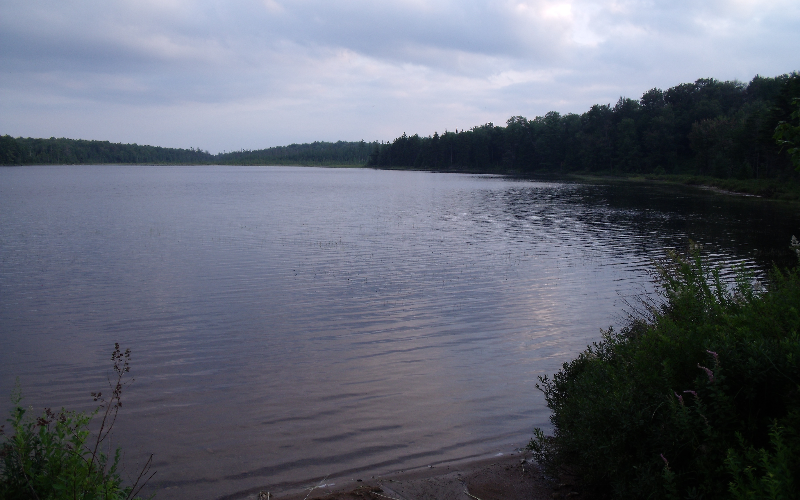